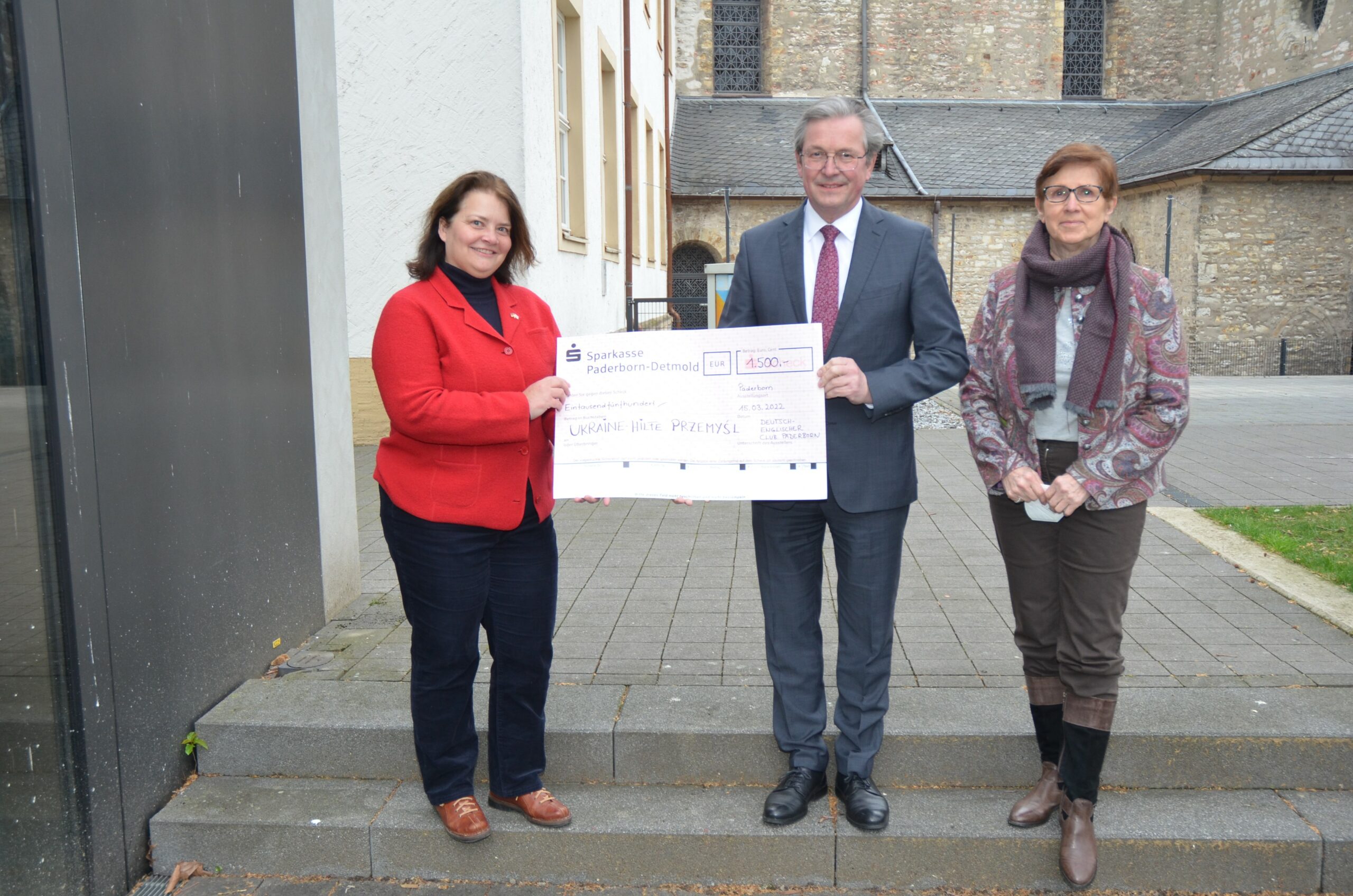 The Paderborn Partnership Committees met on 22 March 2022 for an informative exchange in the Ulrich-Saal of the Forum St. Liborius. Around 45 guests accepted the invitation of Paderborn’s Mayor Michael Dreier.

The meeting of the Partnership Committees served as an exchange on current topics as well as a review of the year. The meeting focused in particular on current events in the Ukraine. Mayor Dreier reported on the current topics of the “Ukraine Aid” coordination team for and with Przemyśl, Paderborn’s Polish twin town not far from the border to the Ukraine. “There is a gigantic willingness in Paderborn to help,” says Dreier. The committee members of the different partnerships also reported on projects already underway and used the meeting to make contacts and hand over donations.

Saskia Kaufhold, the secretary of the Anglo-German Club Paderborn, presented a donation of € 1,500  from the club for the “Ukraine-Aid Przemyśl”.
Thomas Meyer from the Jagdhornbläserkorps Hegering Paderborn also reported on a special connection to the city of Przemyśl. After the musicians visited the Polish twin town two years ago for a concert and encountered what Meyer called “very generous hospitality”, they did not hesitate for long and set up a fundraising campaign. An amount of € 1,300 was raised, which they presented to Michael Dreier in the form of a cheque.

Due to the peculiarities of the last two years, many activities of the partnerhip societies and friendship groups were cancelled or postponed, but new ways of exchange were also found. For the Libori opening weekend this year, the intention is to invite all mayors of the twin towns to Paderborn.

After the meeting Mayor Dreier invited everyone to a prayer for peace in front of the historic town hall and thanked the representatives for their work, because it is “incredibly important, especially in these difficult times, to live and maintain partnerships”, said Michael Dreier.