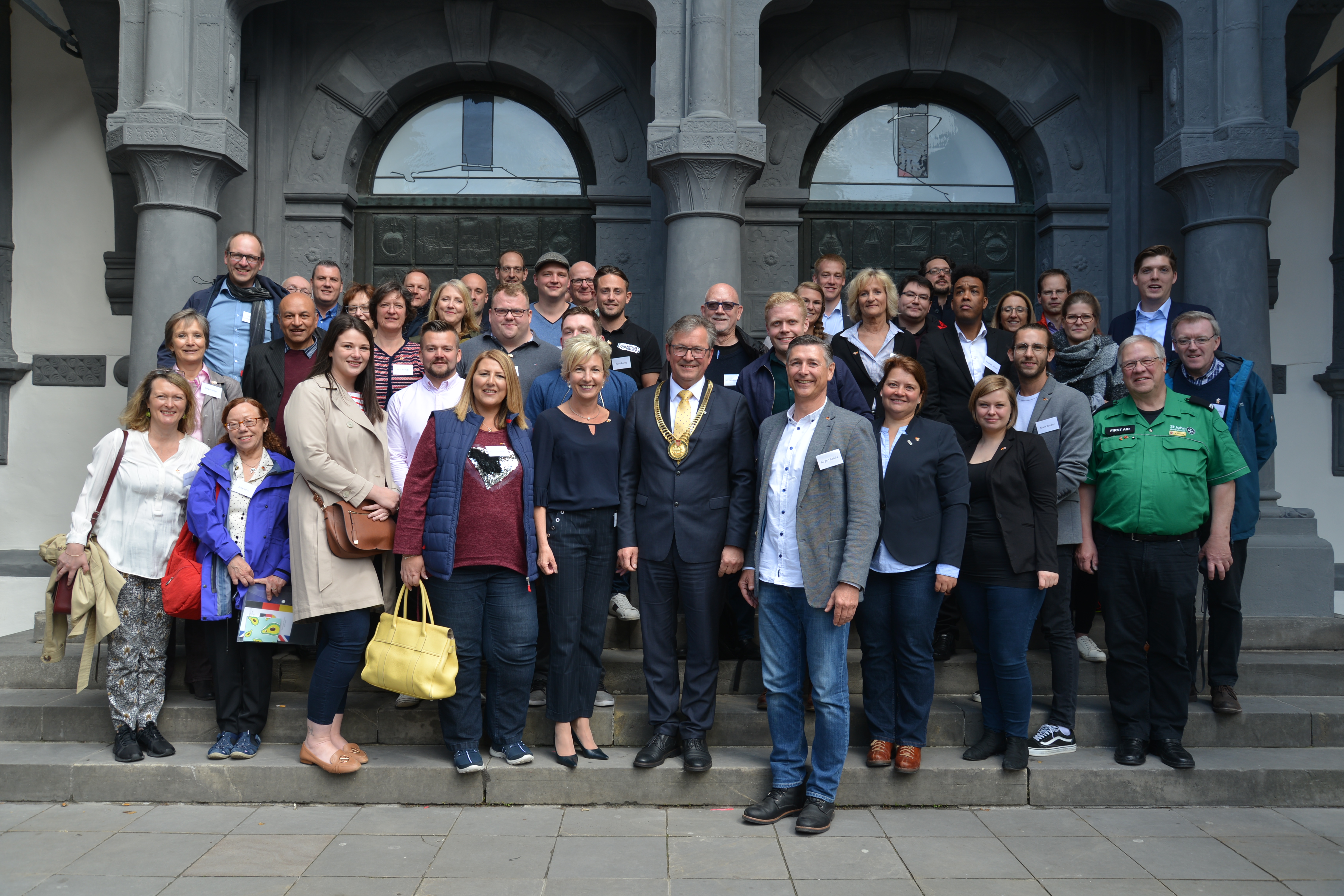 On 3rd-5th May 2019 the Workshop-Weekend „Paderborn meets Bolton” took place. Taking forward this idea, the Anglo-German Club competed for financial support from the NRW Ministry for European Affairs – and was awarded a sum of money. The City of Paderborn helped willingly with the organisation of the weekend, for which we express our heartfelt thanks!

Our objective was to breathe new life into the town twinning partnership. To this end we brought together representatives of business, education, the Church, culture and sport from Paderborn and Bolton, to get to know each other and to exchange ideas. We are proud that in total 18 Boltonians and 30 participants from Paderborn took up our invitation.

A full programme was set in place to enable the English guests to see Paderborn in its many facets. A “meet and greet” game of Boule was arranged at the Haxterpark, followed by an evening meal in a very pleasant atmosphere. The workshop, which took the form of a “World Café,” was held on Saturday morning in the Großer Saal at the Historical Rathaus. Focus groups concentrated on the subject areas of economics, education, religion and social issues, sports as well as arts and culture, in the course of which they determined that there exists much in common between the two Cities. New ideas were gathered and contacts established. The afternoon saw a tour of the Neue Theater under the guidance of playwright Dr Daniel Thierjung, which took in even a look at the set designers’ studio, before an evening visit to the Spring Festival. To end the day the participants came together again at the Rathaus at the invitation of Bürgermeister Dreier, where he personally pulled the beers against a backdrop of the festival main stage. Following a city tour on Sunday morning the guests began their journeys back to Bolton.

The feedback we have received from both German and British participants was highly positive. On that basis we are confident that the weekend has served well as a launching pad for numerous future common activities between the partner cities. These will be found online under #PaderBolton, a super coinage of name.

Press reporting of the event can be found here. 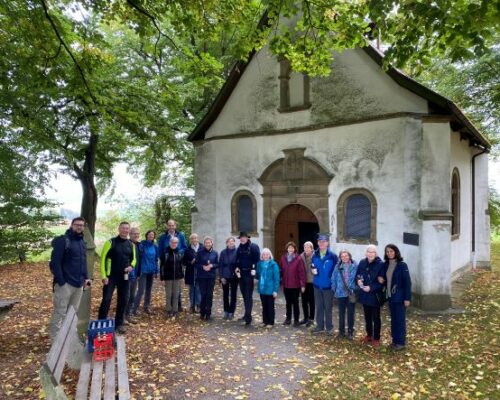 At the end of September, Angie Reeh led us on the trail of the scallop shell to the idyllically situated chapel “Hilligen Seele”. […] 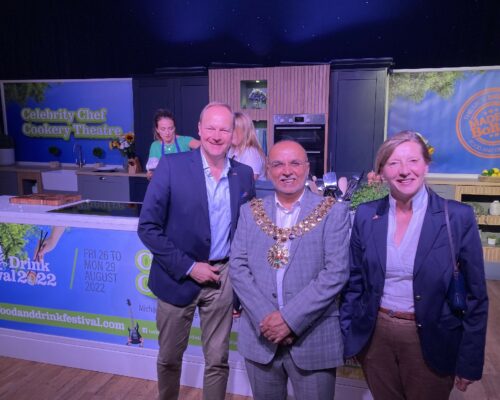 Our committee member Petra Fischer and her husband Wilfried recently visited the Food & Drink Festival in Bolton as delegates of the Club. […]