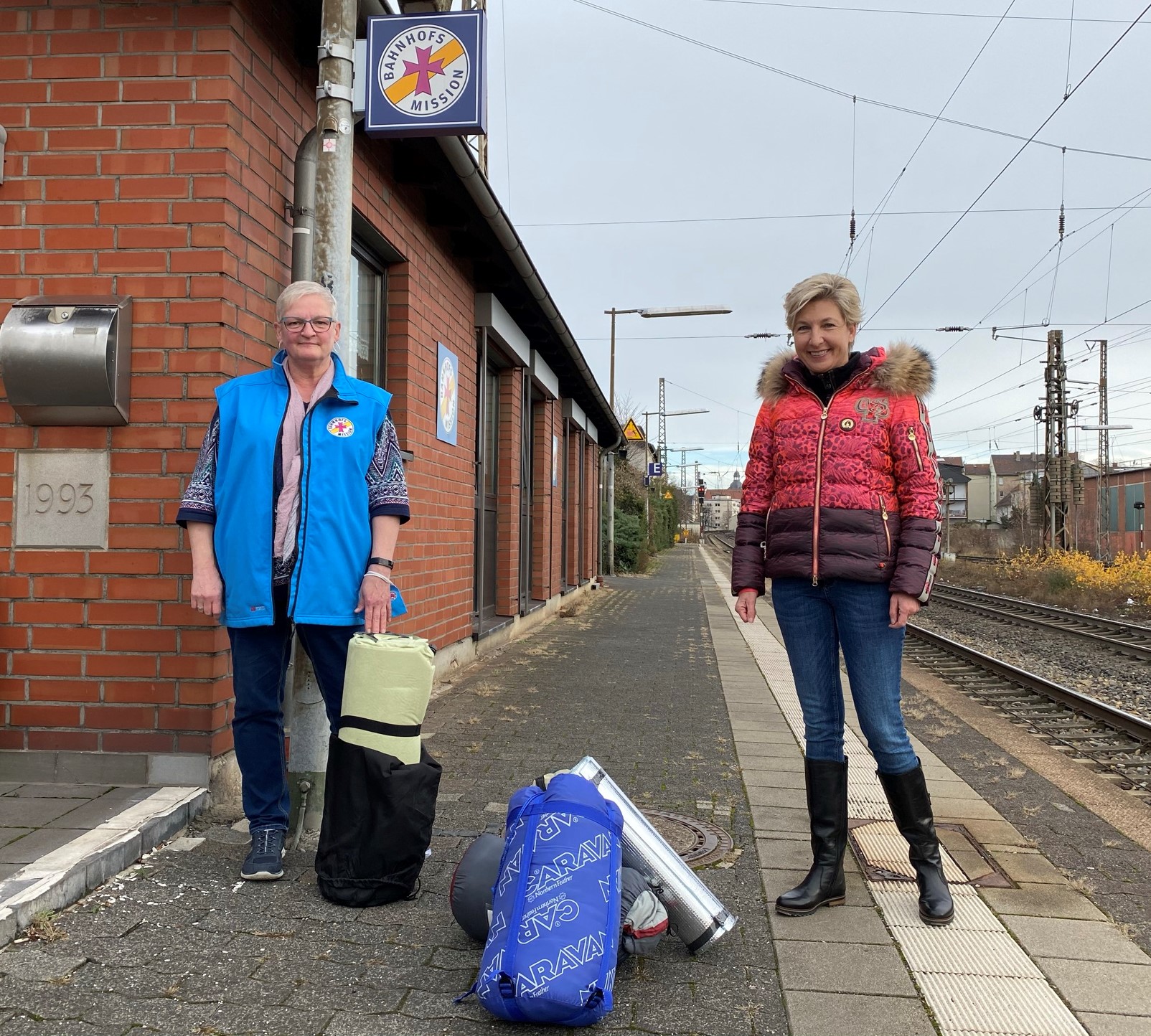 This year everything was different: The traditional Anglo-German Christmas Carol Service took place in Paderborn’s High Cathedral shortly before the lockdown, but only with a small number of guests. In contrast, the live stream of the popular Christmas Carol Service recorded well over 8,000 views on the Internet. The usual collection was also different: donations were called by bank transfer and the money went to the Paderborn station mission for providing sleeping bags for the needy. The head of the station mission, Sabine Bergmaier, is overjoyed to report that a staggering 2,095 Euros have been received so far: “We have been able to hand out the first sleeping bags and sleeping mats before Christmas to those who cannot celebrate in warm rooms.” Bergmaier adds: “I am as happy as hell!”

Angie Reeh, chairwoman of the Anglo-German Club Paderborn, whose Club organized the service together with the British garrison, is also deeply impressed: “We struggled for a long time to let the service take place or rather not to take any risk. We are all glad that we made the decision and are happy that it was so ceremonious despite the small number of people. It is even better that so many people have opened their hearts and purses wide to help those in need who ask for help at the station mission.” The club’s British chairman, Lt. Col. Danny Wild adds: “In addition to the local audience, many members of the British armed forces who have fond memories of the city of Paderborn also celebrated the service virtually from their new locations and supported the good cause.”

Weihbishof Matthias König, who conducted the service together with the British garrison pastor Rev. Richard J. Downes and Dr. Eckhard Düker, pastor of the Abdinghof Church, sees it as the true spirit of Christmas: “This year Christmas is different for everyone. Nevertheless, the poorest are also considered. That is a useful benefaction in the sense of charity.”

Further donations are very welcome to the donation account of the Diakonie Paderborn-Höxter at the VerbundVolksbank OWL: DE92 4726 0121 8834 1335 00 (intended use: “Bahnhofsmission Paderborn sleeping bags”).