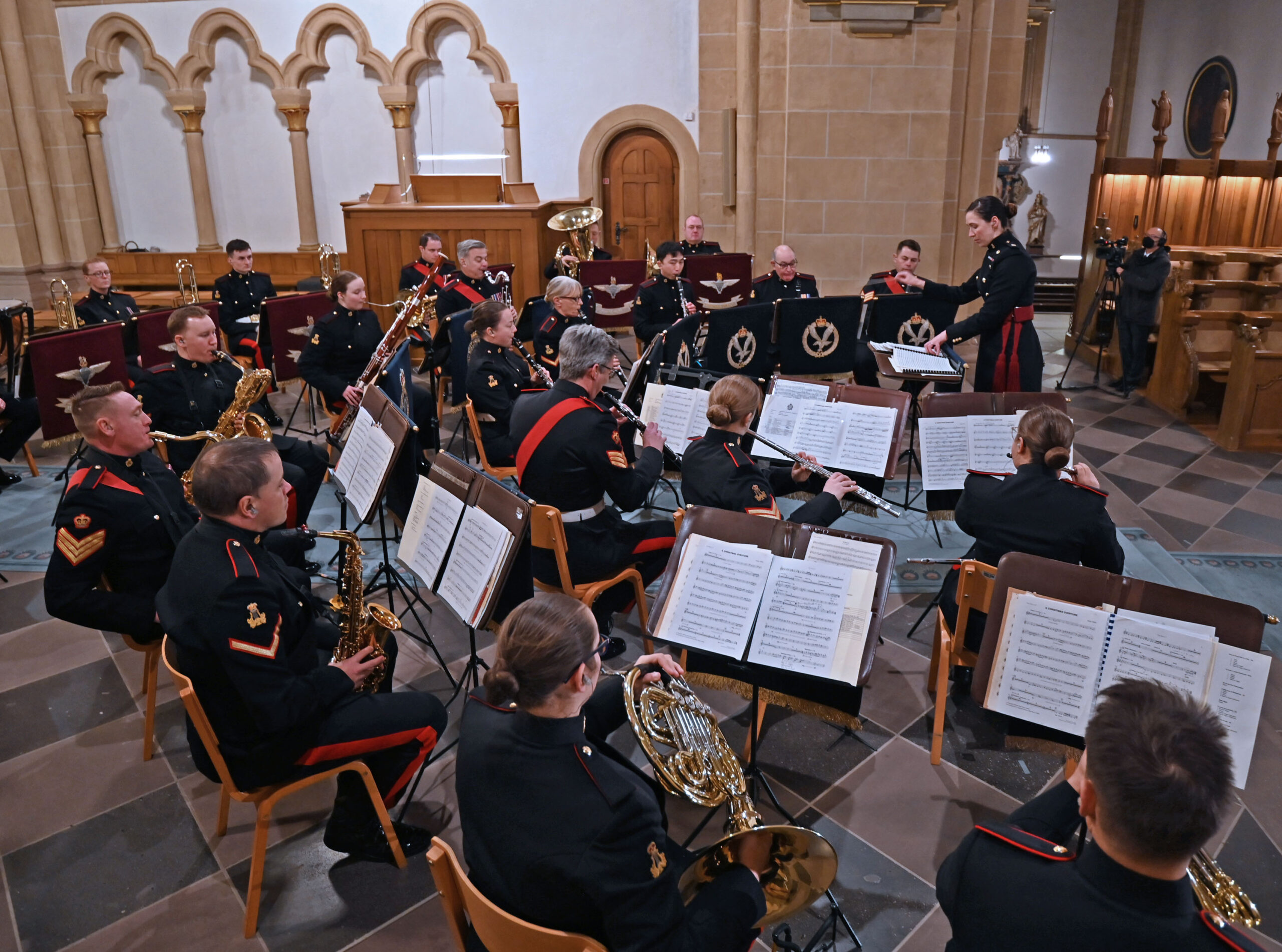 Earlier this month, the Anglo-German Christmas Carol Service fortunately took place and was attended by a small number of guests. As every year, Paderborn Cathedral was once again a great space for the very impressive musical accompaniment to the nine readings.
The concert by the British Army Band Colchester conducted by Major Lauren Petritz-Watts and the solo singing by Miss Aileen Baker were first class and will remain unforgettable. The choir “Zwischentöne” under the direction of Christian Nolden and the cathedral organist Tobias Aehlig made impressive use of the sound spectrum of the cathedral with their singing and organ playing.
Weihbishof Matthias König, Dr Eckhard Düker as pastor of the Abdinghofkirche and the Garrison Chaplain Reverend Richard Downes jointly led the ‘Service of Nine Lessons and Carols’. For Padre Richard Downes it was unfortunately the last service as Garrison Chaplain, as he has reached his well-deserved retirement on 1 December 2021.
Once again this year, the Christmas Carol Service was broadcast live via YouTube, to enable all interested parties to participate – at least online – and also to collect donations for the Paderborn project “PaderMahlzeit” and the “Army Benevolent Fund (ABF)”. 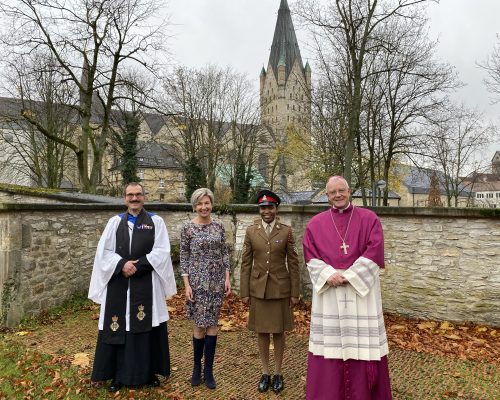 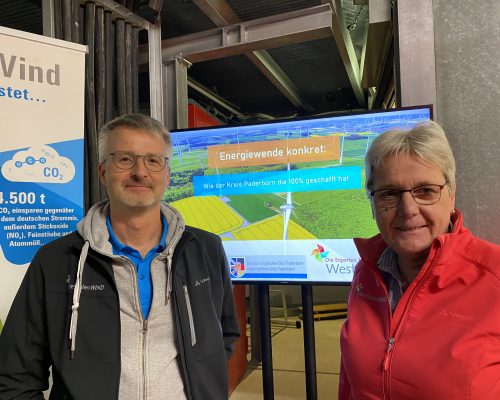 At the beginning of October we were allowed to visit a wind farm in Asseln from the inside. Sonya Harrison and Daniel Saage […]