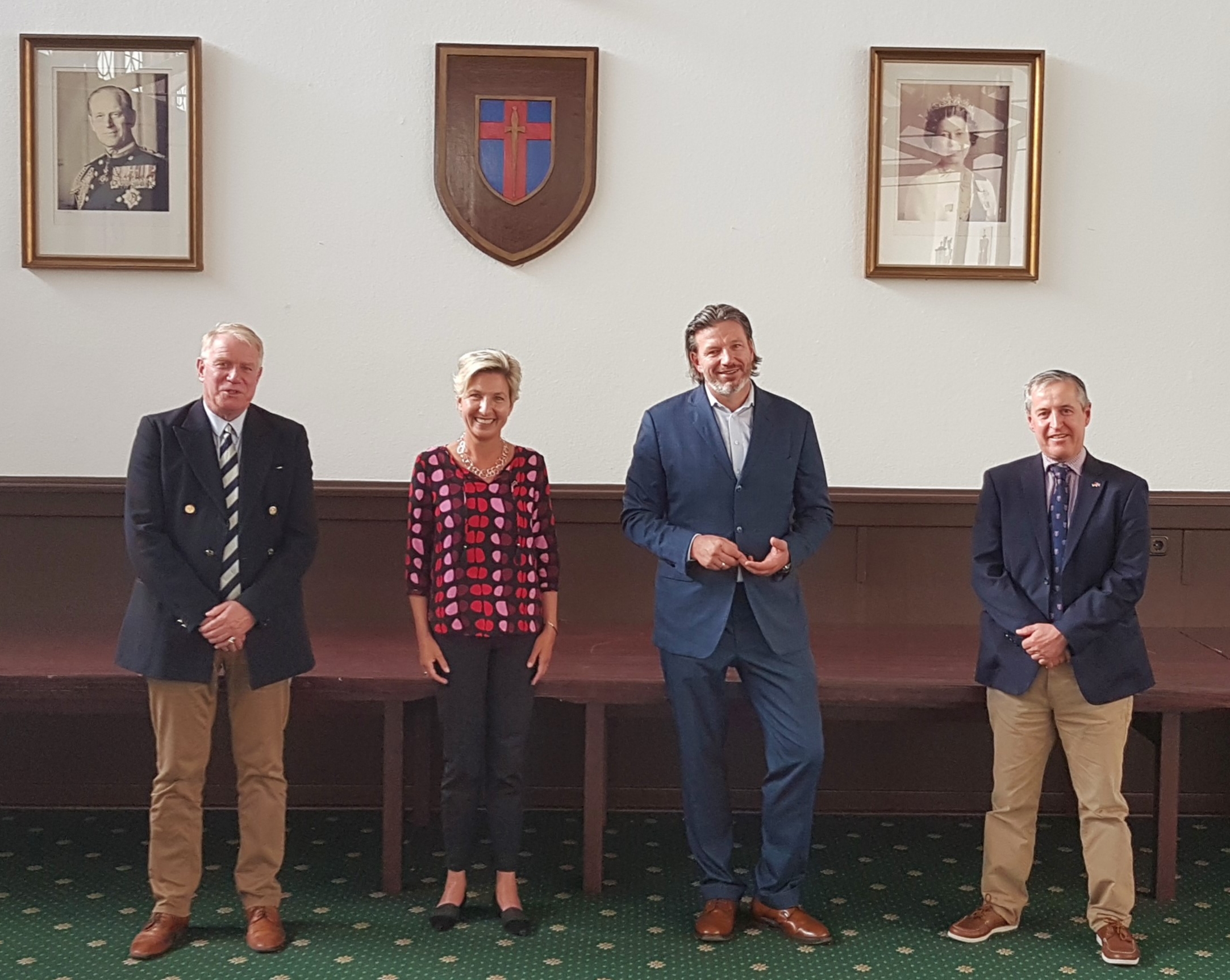 The Anglo-German Club Paderborn has invited André Wiersig to talk about his fascinating experiences of swimming the seven open water channel swims, known as Oceans Seven.

Up to now André Wiersig is the only German of altogether 16 persons to have succeded Oceans Seven. It all started with the simple plan during a holdiay stay on Ibiza in 2012: how can I reach a buoy which is 300 metres away in the 14 degrees cold sea? This eventually led him to swim two years later the English Channel. Having managed that, André Wierig was inspired by the Irish swimmer Stephen Redmond (the first ever to complete all seven swims) and wanted to tackle Oceans Seven.

He swam only in his swimming trunks as required by the regulations the Moloka’i Channel in Hawaii, the North Channel between Ireland and Scotland, the Catalina Channel between Santa Catalina Island and Los Angeles, the Tsugaru Strait between the Japanese islands of Honshu and Hokkaido, and the Cook Strait between New Zealand’s North and South Islands. In June 2019 after seven years of constant training and his first channel crossing, André Wiersig finally managed to cross the Strait of Gibraltar between Spain and Morocco – this meant the completion of Oceans Seven.

Seven years of daily practice and a job to do (not to forget his family) could only be managed successfully by precise planning and professional preparation. It was important to him to follow the regulations of the Channel Swim Association in order to be fully accepted as an Oceans Seven swimmer. “This has been a major achievement requiring great passion and eventually being successful and bringing the project through to its end.”

The historical rooms in the officer’s mess at the headquarters of the British Army in Germany served as a perfect place for the marathon swimmer to involve the audience into his passion for the sea and his exciting journey through the seven open water channels. He talked about his exciting adventures in the sea, about bioluminescent plankton, about swarms of fish during sunrise, about encounters with sharks and catfish, painful experiences with the Portuguese man o’war, but unfortunately also with enourmous amounts of plastic waste which occasionally caused problems during his swims.

André Wiersig is an “offizieller Botschafter der Deutschen Meeresstiftung”. He supports the program “Ich kann schwimmen” (I can swim) of the “Erster Paderborner Schwimmverein von 1922 e.V.” which makes it possible for young children to learn swimming and receive the first swimming award in German called “Seepferdchen” (sea horse). This local project has been supported by the Anglo-German Club with a donation of € 935.