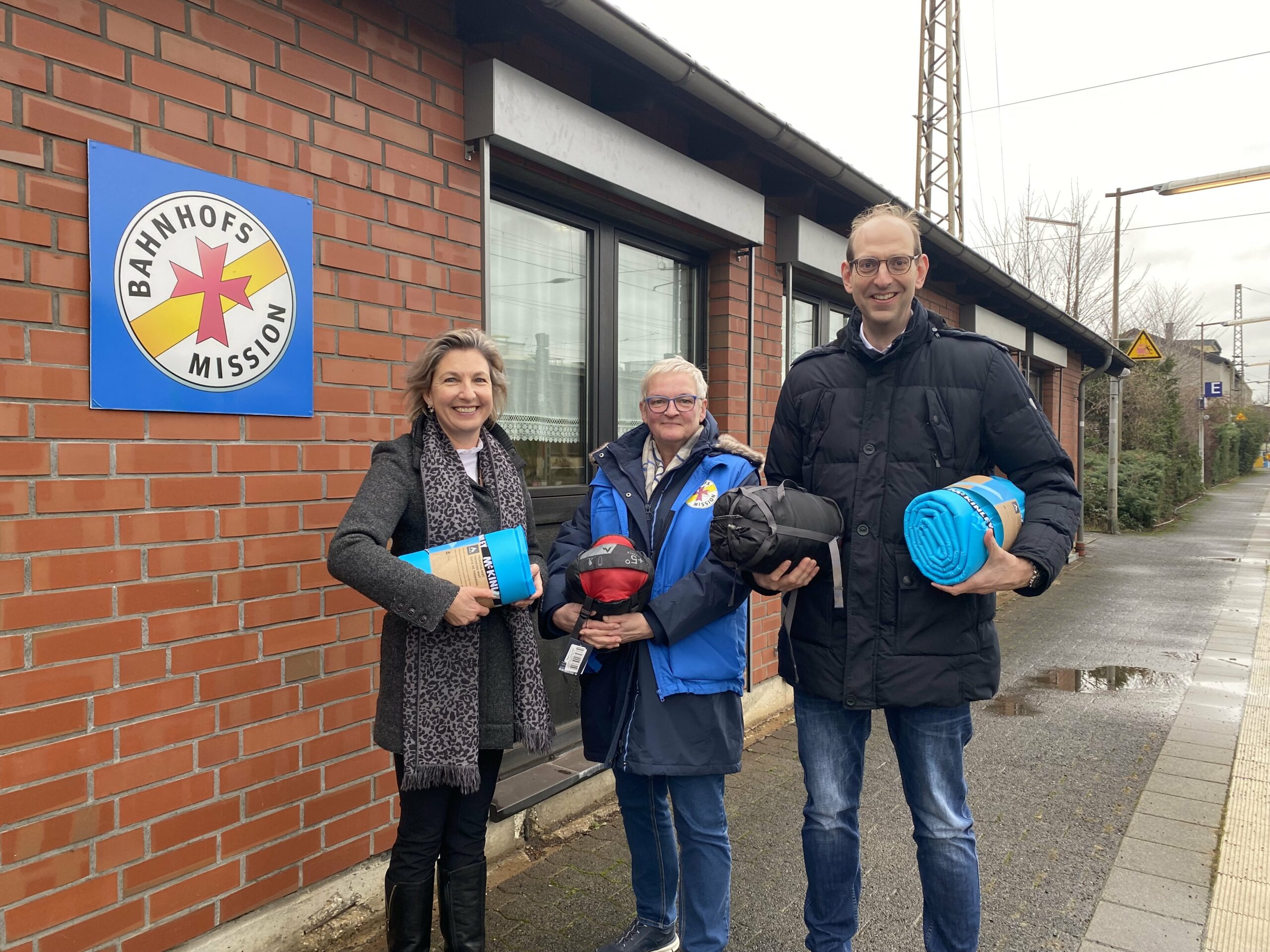 Visitors to the traditional Anglo-German Christmas Carol Service in Paderborn showed a big heart for those in need: over 3,500 Euros were donated. The generous donations from the collection in the High Cathedral went in equal parts to the “Bahnhofsmission Paderborn” and the Army Benevolent Fund (ABF) in Great Britain. In addition, both institutions received further donations directly by bank transfer.

As every year, the Anglo-German Club Paderborn together with the British Forces in Sennelager and the Metropolitan Chapter invited to the traditional Christmas Carol Service. Fortunately, the popular service could once again take place in public. Since the supposed emergency solution of the last two years, to broadcast the unusual service via live stream, was so well received with up to 10,000 clicks worldwide each time, it was again offered this time via the YouTube channel of the Archdiocese of Paderborn. In addition, the English-speaking audience was able to experience a broadcast on the Facebook page of the British radio station BFBS.

The head of the “Bahnhofsmission Paderborn” Sabine Bergmaier is happy about the substantial donation: “I am overjoyed that we can hand out sleeping bags and sleeping mats for a proud 2,300 Euros to those who do not have the opportunity to live in warm rooms”.

Lt. Col. Barney Barnbrook, Regional Director of ABF The Soldiers’ Charity, writes from North Yorkshire full of gratitude that the donation “will help us significantly in our efforts to support soldiers, veterans and families who are in real need. Of course, some of the people we support will live in Germany; our support is given all over the world.”

At the handover to the Bahnhofsmission, Angie Reeh and Volker Greaves from the Anglo-German Club Paderborn were deeply impressed: “It is wonderful that so many people have opened their hearts and wallets very wide to help those in need from near and far. Our heartfelt thanks to all of them!”.

Photo: (from left) Sabine Bergmaier, Paderborn Railway Station Mission (centre), Angie Reeh and Volker Greaves (both German-English Club Paderborn) are pleased that more than 3,500 euros were donated for the needy on the occasion of the German-British service in Paderborn Cathedral. Photo: Jana Schild 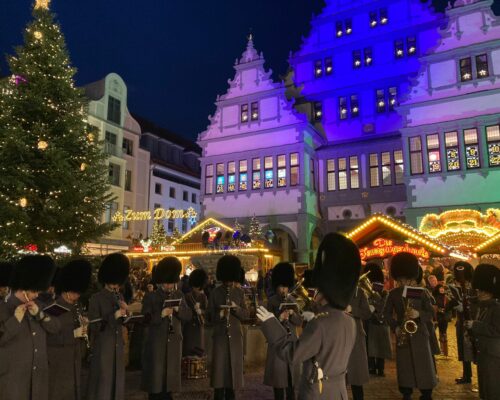 On Wednesday afternoon last week, the Grenadiers played a 60-minute surprise concert of Christmas carols on Paderborn’s Town Hall Square. The Band of […]